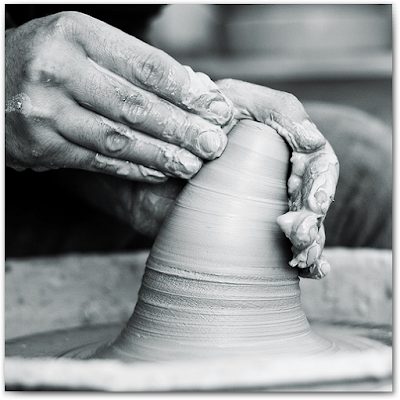 During the days of my PMP exam preparation, I wanted to have a tool that would help me master certain aspects of the exam. It wasn’t necessarily your usual exam simulator or a flashcard set. However, development of such a tool was clearly “out of scope” for the project at hand, which was PMP Certification. I passed the exam in reasonably good time, but thought that the process could have been more efficient had I got some simple tools. I moved on to other things and the idea didn’t take off. The tool remained a dream.

A year and a half later, when I started this blog, the need to have that tool became stronger. This time we were talking about thousands of people who could benefit from it. I spent weeks searching for “free” tools that would allow me to do what I thought would be useful for PMP aspirants. I inquired with several companies in the field about features, license, cost, and other terms and conditions of their applications. In one way or the other, none of the applications met my requirements. So, the quest continued …

Several months later, I came across a YouTube video in which someone demonstrated creation of auto-evaluating tests using Google Forms. That triggered the idea of creating multiple-choice question (MCQ) quizzes using Google Forms that would not require manual effort to evaluate the responses. I created couple of simple quizzes and posted them on this blog. The response was encouraging enough for me to revive my quest. This time around I found some interesting options and was more hopeful of finding that elusive tool. However, I was disappointed yet again. At that point I decided to develop something of my own.

Though I do some software development at work, I’m not a very hands-on developer now. Time was also a huge issue for me. I wanted to develop content and leave the tool development part to someone else. So, the obvious choice was “outsourcing”. However, my intention had always been to keep the tool free (at least to start with) and had no plans to make huge capital investments at that time. I approached one of my friends (who happens to be good developer) with the idea, and he agreed to develop this tool for me without expecting any immediate reward.

I shared some high level requirements with him and he started developing a prototype. I was quite excited to see some screen mock-ups and prototypes. The dream was finally turning into reality. Well almost, but not quite. He got involved with some personal and professional commitments, and the project took a backseat (obviously because it was charity work for him). I gave him several weeks but it never took off after that. Finally I gave up on him and decided to get my own hands dirty and develop the “dream” tool myself, even if it meant taking three times longer than what any good developer would have taken. It was an uphill task for me.

Three months and uncountable late nights later, I’m glad to share that the dream has realized and the baby has finally arrived in this world. It isn’t anywhere close to where I want it to be, but hey, it’s with us and breathing. I can gradually improve it as much as I want to - my time, imagination, motivation, and most importantly your love being the only limits.

I’m sure that if you have read this far, you are eager to see the baby now. Well, you have to wait a little bit longer. I’m giving it the final touches and hope to get it into your hands very soon. In the next post I’m going to give a brief introduction of the tool and share some screenshots. This is just the beginning.

The Powers of the Project Manager

Learn about the 5 forms of powers of a Project Manager and guidance on selecting the best form of power depending upon the situation.

Improvements to BrainBOK PMP ITTO Tool to help visualize the project management processes and learn ITTO without flipping through hundreds of pages of the PM...

I wish you only but success with your launch! Competition is good for our industry. I know you'll bring a fresh perspective.

Harwinder, any update for all of us :-), keen to see your kid.

Thanks for your interest. I hope to publish the tool next week. Working on it as we speak.

Thanks for your good wishes. I hope to get lots of feedback from you on the new tool.

Talk to you soon.

Coool... Atlast your brain child is coming out. Excellent job and All the very best. You have a long way to go Harry.

Dear Harwinder,
Eagerly waiting to see your kid, hoping it will be a Seasons gift to me. I will be sitting for my PMP soon, can't stop my curiosity any longer! apologies for asking you again & again. Thanks in advance.
Anon:-)

It's really encouraging to see your excitement. I'm more eager than you to roll out the tool. It's taking a big toll on my life, and I want to publish it ASAP and relax for some time. But, as with all IT projects, it ran into known unknowns :)

Luckily, I have managed to sort out the show-stoppers and your Season's gift will arrive in time for the holidays.

Thanks for the constant motivation.

Send me an email and I'll send you the instructions to get a "preview" of the app.

Dear Harwinder,
my name is Jeevan, we are connected on Linkedin. I am preparing for PMP and hoping to elevate my knowlede by using your tool.
you can reach me on gg1reddy@gmail.com.
thanks for all your kindness & hoping play with tool :-) & clear my PMP ASAP.
warmest regards, Jeevan

Thanks for your interest. I've emailed the instructions to access the tool.

Dear Harwinder,
WOW, this tool going to do wonders, the interface is so sober, the quick glips of it tells me what & how it's going to be when fully completed.
3-ChEErS! for all your sleepless nights. it's a wonderful effort. I respect your commitment and wish all the very best on every endeavour of yours!!!!! Thanks once again for every thing.

Take Care & may God bless you.

Its Mujeeb here, I am also planning for PMP exam very soon. Can I also request you send me that tool. Hope it will be big help for all aspirants.
You can reach me on contactmujeeb@gmail.com

The tool has been online for more than a week now. The updates are there in the follow-up posts. You can access the tool here: