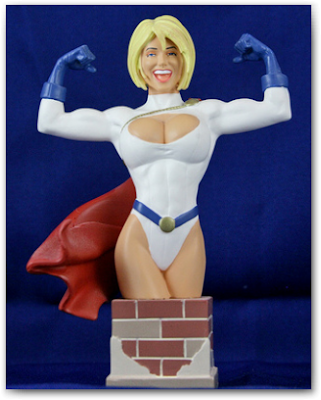 One of the important topics for the PMP exam is “The Powers of the Project Manager”. There’s quite a bit of confusion on this topic specially because some of the powers are referred to by more than one name. And then the question - Which is the best form of power for a project manager? - comes up quite often too.

Last week I uploaded 25 new flashcards on this topic to BrainBOK PMP Flashcards deck. During the course of developing the flashcards, I compiled some notes on the topic that I’m sharing with you in this post. I believe that all you need to know about this topic for the PMP exam is available in this short article.

5 Basic Forms of Power of a Project Manager

There are 5 basic forms of powers that a Project Manager can possess:

Difference between the forms of Power

Power is the ability to get things done, whereas Authority is the formal power derived from one’s position in the organization.

Which is the best form of power for a Project Manager?

The best form of power depends upon the situation and the maturity level of the project manager. Generally speaking, personal powers (Expert and Referent) are better than positional powers (Legitimate, Reward and Penalty).

I hope you find this article useful. Feel free to add your notes if you think I missed something important. And be sure to review the flashcards on this topic on BrainBOK.

Excellent post! I'm a recent PMP that is doing a bit of voluntary work helping a group to achieve their PMP certification, and I'm recommending your blog as an excellent resource that helped me in getting the certificate.

Thanks for your efforts and clarity.

Thanks Gustavo for your kind remarks and gesture.

Maybe you can find a better picture?

Thanks for the suggestion, Anonymous. I'll try :)

Reputation is earned and is not really a personality trait (something that comes naturally). From that perspective, reputation is not a referent power.

Let me know whether you agree.

The article provides a good knowledge on the powers of Project Manager which is required for the PMP certification.

Personal Power describes your internal ability that you have, such as character, strength, persistence, patience and intelligence.

My understanding is that Expert and Reward power is the best power in a Project Manager. Correct me if wrong.

Can somebody answer it.
During the planning phase of a project, your team members find another way to complete a portion of the project. This method is safer for the project team but the cost may go up. This is an example of _____?

I am a PMP Aspirant and going to take my exam on this 29th.

I think the answer of this question is "1. Alternative Identification"

Explanation:
This is clearly not Product Analysis and neither the alternative has been selected, therefore, choices 3 and 4 are eliminated.
Risk Assessment is always done from the perspective of risk for the project and not for the project team, which indicates that the team is not doing Risk Assessment. Choice 2 has been eliminated.
So, the best answer is Choice 1. Alternative Identification

Reply to Architects in Chennai

I was always unclear about these powers, however looks like this article solved my confusion:)

In a matrix org, like weak matrix, what is the best form of power that the PM can have? I think it is Referent or Expert, let me know if there is any other viewpoint.

Reputation could be good or bad. It can be personal or professional. The PM is aggressive and short-tempered is a personal reputation while the PM can have a reputation of good technical skills or PM skills which is professional and at the same time they can be negative as well.

How can we put them as Expertise in this case. It could be referrant as well.