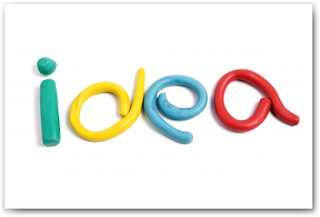 Recently I came across an extremely talented and skilled professional, who was preparing for PMP certification. He came across as a very unique individual, a person with a very visually-oriented mind, who learned things by drawing charts and diagrams. He produced some exceptional work - network diagrams to map PMBOK project management processes and their interactions, charts to help learn formulas, and drawing to explain complex concepts. I was very impressed and inspired by his work. In this article, I’m sharing how the conversations I had with him inspired me and gave me new ideas to further improve BrainBOK.

One of our discussion on PM Hangout was particularly interesting. He posted a network diagram (in PDF format) that helped to visualize, in an integrated manner, the interrelation among the 42 project management processes. I gave him some feedback on improving the work to make it more readable. He went back, did some magic, and made the PDF interactive. He made use of layers in PDF (“is there such a thing?”, I thought), so that you could click on a process to open up a new layer and zoom into the process.

I could not help but draw comparisons between his network diagram and my BrainBOK ITTO Explorer. Both had a common objective - to make studying the PMBOK Guide easier - yet were very different. The ITTO Explorer was good at drilling down from processes to ITTOs, and drilling up from ITTOs to processes. Whereas, his network diagram was good at showing the process interactions. At some point during the discussion, I realized that the ITTO Explorer was missing a very crucial component of the PMBOK Guide - the data flows (remember those 42 data flow diagrams?) and process interactions. Honestly, I was a bit surprised and embarrassed that it hadn’t occurred to me before. Implementing this feature would add lot of value to the ITTO Explorer and would truly bring the entire PMBOK Guide to our fingertips.

It was time to go back to the drawing board and start thinking of ways to map data flow and process interactions into the ITTO Explorer. The ITTO Explorer had really matured over the months and I was a bit reluctant to fiddle with it. So my first thought was to create a new tab - Process Explorer - which would work similar to the ITTO Explorer, but shows process interactions and data flow among processes. However, that would have meant having 2 tabs to study the PMBOK, which was against my design philosophy of having the entire PMBOK Guide on one page. So, I was not very excited about the idea of a separate tab.

Next idea was to expand the ITTO Explorer by adding more grids - a fourth row of grids to show process interactions. However, that would have made the UI too complex and unsuitable for smaller screens. Moreover, it would have gone against the minimalist design that was central to BrainBOK. I didn’t like this idea either.

Next several days went by thinking about other ways to enhance the tool with minimum disruption, but nothing really appealed to me. But that was until one morning - that morning when I was taking a shower and had a flash of brilliance out of nowhere. The puzzle was solved in an instant. I had found the solution that was eluding me for days, a way to add the new enhancements without changing a single pixel of the existing layout. It aligned perfectly with the philosophy of keeping all the information on one screen and keeping the design extremely simple.

Couple of weeks of effort (and a few long nights) later, I got exactly what I wanted. I’m very pleased to present the new improved ITTO Explorer to you. It’s a much more capable, improved and refined tool now. I’m inclined to call it the PMBOK Explorer, but PMI isn’t going to like that name. So, we’ll stick to the original name. I’m going to walk you through the new features step by step in my next blog post.

But before I close, I want to thank the gentleman who inspired me. He is Mr. Raul Cid and he owns a company called Novando Professional Services that provides design solutions and professional services for exhibitions and cultural events. I don’t know him personally, but going by his work and interactions that I had with him, I can say that he’s a highly talented, skilled and intelligent person. I give him full credit for the latest round of improvements in the ITTO Explorer. Thank you, Sir.

The new PMP Exam Result Report will show a 4-level performance rating - Above Target, Target, Below Target, and Needs Improvement - for each domain and task.