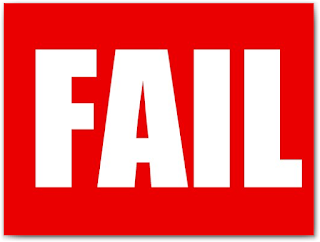 John visited a doctor for a regular health checkup. After examining him, the doctor asked him to go for a medical test. John took the test next morning, and the report was delivered to him in the evening. As he was reading the report, his body started trembling, heart started pounding and senses went numb. He had tested positive for a dreaded disease. He called the doctor, but the doctor wasn’t available. After spending a long night in agony and distress, he got a call from the lab next morning. They told him that the report he received actually belonged to another patient!

Imagine if this had happened to you. What would be your reaction? It would not be an exaggeration to say that something similar happened to dozens of PMP® aspirants last week.

The PMP exam changed on Aug 31, 2011. PMI® made the following announcements before the change:

Many PMP aspirants, who were brave enough to take on the new exam, and patient enough to wait several weeks for the result, sat for the new exam in September and early part of October. On October 7th, they received their exam result from PMI through email. Guess what, for being the “early adopters” of the new exam, they were rewarded in a special way - with a false examination report. Surprisingly, many of them failed the exam despite scoring good proficiency levels (Proficient, Moderately Proficient, and Below Proficient) across all domains. To make matters worse, the results were delivered on Friday. So, people had no way to get any official clarification, at least for the next 2 days.

Many of them turned to online forums for answers. Some reported their results on this blog PMP Passing Score Myths. Within a few hours, I got several such reports and decided to setup a survey form to track the results. I told people not to lose hope, and follow the PMI Appeals procedure to request re-verification of their result. But some seemed to have resigned to their fate.

After spending 2 days in distress, they finally got an email from PMI on Monday. The email read:

We apologize for the concern and trouble this incorrect exam report may have caused you. An error in exam processing occurred because exams were originally scored by an erroneous scoring process so that some candidates’ pass/fail result was calculated incorrectly.

Now what do you make of this blunder? PMI claims to be “the World’s Leading Professional Association for Project Management”. Are such mistakes going to do any good to that claim? Given that they have a history of such issues, shouldn’t they have made a special effort to avoid a repeat of previous mistakes? Could these issues not be avoided by implementing the same project management best practices that PMI preaches?

Please use the comments section below and share your thoughts on this matter.

Some said that they dropped the passing score! Is it true?

PMI totally failed in their Project Mgmt process in this project. Never expected from PMI...

some one said that they may dropped the passing mark??

This incident reflects very badly on their Project Management Capabilities.

PMI should practice what they Preach.

Thanks for your all your suggestions and very useful information in Deep Fried and BrainBOK. Passed PMP on 11th Nov.

Congratulations! I'm really glad to know that you found DFB and BrainBOK useful, especially the latter because I'm putting a lot of effort into it these days. It will be great if you could post a comment or two on the BrainBOK Reviews page.

Also, try to post your lessons learned on the http://www.deepfriedbrainproject.com/2009/03/pmp-certification-exam-lessons-learned.html page.

Thanks, and good luck for the future.

PMI failed in their Quality Assurance and Control process. It's a shame.

I failed the exam I took on 12/16. Is there anyway to get to know the scores so that I can plan better OR ask for re evaluation of the criteria they are using to arrive at PASS if scoring marks is not the only way

I'm sorry to hear that.

Unfortunately, there isn't much you can do about what has happened, but you can certainly prepare more and pass the exam in the next attempt.

If you strongly feel (absolutely positive) that you did very well on the exam, then you could try your luck by filing a dispute (refer to the PMP Handbook for the procedure).

Click on the "Passing Score" Category link on the right to read more about that topic.

Don't worry just clear it this time around! Cheers

In all the texts and sample exams I've been using, there have been an appalling number of questions written in really poor English, to the point where the question is not even understandable. Are the questions on the exam that bad as well, or am I just seeing various author's poor attempts at replicating exam questions without the benefit of critical editing?

Those are good questions, but I don't have the answers.

My guess is that lots of people fail in the first attempt, maybe 30% or even more. Many of those come from boot camps that claim 99% passing rate. There's a also a large population that takes those 5 day courses, but eventually don't take the exam.

Thanks for your comments.

Well, if the questions are not even understandable, then you shouldn't be spending too much time on them. The real exam had a few mistakes too and some of the questions were not particularly well written, in my opinion. But that was four and a half years ago. Others who have taken the exam recently can tell better.

I am finishing a masters degree in Construction Engineering Management and studied for the PMP using the Rita M Manual. I can almost recite the book cover to cover. I failed my first attempt
at the PMP. I can seriously say that the test I took bared no resemblance to the practice tests or flash cards in Rita's guide.
Clearly, the test was derived from IT manuals and not Project Management Material. Sadly , I will retest in early 2013 and hope for a test with less bias and more common sense. Tragic!!!

Iam holding MBA and BS in mechanical engineering i went through rita seven edition study guide and i did huge effort in studying for almost 70 days and answering mocks exams plus rita simulations fastTrack thousands of question snd my preformance was 75% to 85% on real test when i went on the exam on 13april 2013 iwas doing perfect when i reached question 155 i felt i am passing feeling i consumed 4 hours i guessed only 5 and iam sure about answers like iam sure about my name i got shocked when i recieved exam results 4 mp and one bp , i shout with administrator this is not my result i felt PMI does not have integrity frunkly speaking no way they have ethics

PMI is surely out to make money because i have written two times and failed i know this is not my results. they want me to continuously pay re exams fees

I am holding MSc in Project Management. I have captured the idea of PMI's PMBOK and answered all the questions according to PMBOK school of thoughts. I did numerous tutorials, trained by ESI international, read Oliver Leahman, Head First PMP, etc. I started 3 months study, took a week of before exam to gain focus however I have failed the exam today. The interesting part is my collegue also failed with me. We did the exam same date and same time.

My story is the same as above-after 3 months of studying (GK Boot Camp/Head First, numerous practice tests etc.) I failed on December 22 and felt confident that I passed. Would love to take the exam again, but at this point I'm not sure how to answer the questions

Hi, Even I have faced failure in the exam appeared in Nov'16. I was confident to crack the exam. I even emailed PMI for necessary understanding that went wrong, but the answer was unavailable with them. Its like shooting in the dark attempting exam. As the candidates dedicate time and prepare for exam so hard, why wouldn't PMI cooperate by giving feedback about the exams. It is so not generous from their end. But as a future professional project managers we should take out some solutions towards this issue.

Practice, skills & knowledge is the first step where we can be success to crack pmp or any certification courses. Through your blog I feel courage & more confidence that I can crack the exam. keep sharing more information in this way.