What’s the difference between Planned Value (PV), Earned Value (EV), and Actual Cost (AC) in Earned Value Management (EVM)? This is one of the most frequently asked question by people when they first come across the EVM concepts. I got this question in the email (not for the first time though), and my first instinct was to direct the sender to one of my blog posts. When I tried to look for the post, I was really surprised to know that though I have several posts on advanced EVM concepts such as ETC, EAC, TCPI etc., I don’t have any post on the most important EVM topic - Planned Value vs Earned Value. Better late than never, this is my attempt to cover this topic. We’ll also add Actual Cost (AC) to the mix, though most people don’t have problem understanding AC. As usual, we’ll learn by examples and exercises. 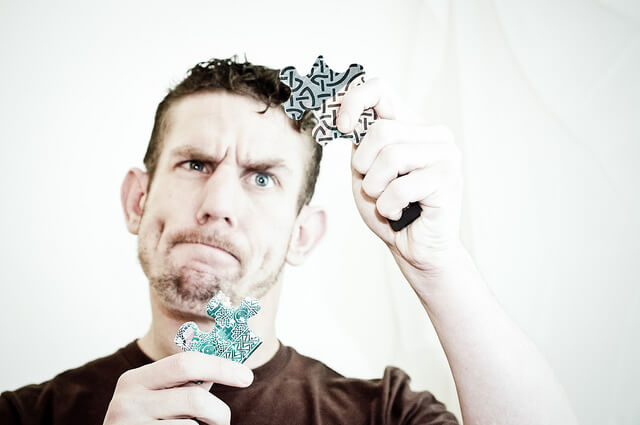 Let’s look at the PMBOK® Guide definitions of these terms first.

The measure of work performed expressed in terms of the budget authorized for that work.

The realized cost incurred for the work performed on an activity during a specific time period.

The above definitions are pretty straight-forward and self-explanatory, right? Well, not for most beginners. Here are the simplified definitions sourced from BrainBOK PMP Flashcards. The keywords are underlined.

Earned Value is the estimated (monetary) value of the work actually done, whereas Actual Cost is the amount actually incurred for the work done.

As such, the concepts are pretty straight forward but when applied to exam questions, things get tricky. Most people don’t have a problem in understanding Actual Cost (AC). Let’s apply the above trick to sample questions.

Based on this information, what is the estimated value of the work planned to be accomplished till date? It is $25,000. This is the PV.

What is the estimated value of the work actually accomplished? $20,000. This is the EV.

Easy, isn’t it? Not so fast. Let’s consider a slightly more challenging problem.

Feeling better now? Let’s see how well you fare on the next one.

What does $25,000 represent in this question? PV or EV? Apply the knowledge that you’ve acquired so far.

The work that was estimated to cost $25,000 has already been accomplished. So, it is our EV, not PV. Tricky, isn’t it?

What is the PV? We do not have enough information in the question to determine PV for the project.

What is the estimated value of work actually completed in 5 months? It is $40,000. This is the EV.

Getting a hang of it now? Get ready for the final showdown.

The following table lists the PV after each month.

I hope you found this post useful. If you have other EVM sample questions on PV, EV or AC that you have trouble with, post them in the comments below. I’ll try to address them. I also intend to cover all the topics listed on 80+ Commonly Confused Concepts for the PMP Exam in future.

I have a doubt, regarding EV and PV. I read in one of the internet resources that EV can not exceed PV and they gave reference to PMBOK, Fig 7-12. While I understand that at the end of the project, this statement is true as EV will approach BAC; this statement need not be true in the middle of the Project. If there is a question in the PMP exam on this without explaining what stage the project is in; how to answer?

Reply to VS Venkatraman

Thanks for your encouragement.

At the end of the project, EVM doesn't have a meaning. So for the exam questions, if you are asked to calculate EV or any of the EVM indices or indicators, you can assume that the project is in progress.

Does that answer your question?

many thanks very useful

You are welcome. Glad you found it useful.

In Question 4 above, the EV and AC are both below the PV, which means you’ve spent less than planned, but also got less work done than planned. Logic would say “spend more to get caught up, otherwise you’ll miss the schedule with money in the bank.” Is there an equation, using PV, EV and AC that will tell you if the money you have NOT spent is enough to get back on plan? To me that’s the ultimate question that is begging to be answered and in my research I cannot find anybody that talks about it.

For my project, all of the spending is on resources. No hardware, materials, etc. So we basically have a linear plan for estimated work to complete (assuming my resources stays the same). I am currently in the situation above, mainly because I have one resource that’s been moved to another project. How do I know if the money I’m banking monthly is the equivalent to the work that hasn’t been completed?

We cannot draw any conclusions from the values of PV, EV and AC. You have to calculate SPI, CPI, SV, CV, EAC, ETC, and TCPI to answer the questions that you asked. If your CPI is below 1, then you are behind on cost. In other words, the money that you have in the bank is not sufficient to complete the remaining work if the work continues at the same rate.

Nice article
I have a question and need your help, please. I had a project for which i carried out Earned Value Analysis using Microsoft Project. At the end of the project, when the project was physically 100 percent complete, my SPI turns out less than 1, which according to literature, must be equal to 1. In other words, MS Project displays that at the end, my EV is less than PV. Is such sort of scenario is possible for a completed proejct?

Are you using % Complete instead of Physical % Complete?

Here’s a note about MS Project:
"You can calculate earned value by manually recording the Physical % Complete instead of letting Project calculate % Complete, which is actual duration divided by total duration."

See if that applies to your case. Hope it helps.

Thanks for your response. As far as the % complete is concerned, both the relevant columns of %complete and Physical % complete are showing 100%comoplete for all tasks, but still, the Earned Values is not equal to PV at the end/completion of the project. I don’t know what has happened

There’s a manual and an automatic calculation option. Which option are you using?

I’m not clear on your question. What is the exercise that you solved? There’s no 20/80 rule to be applied in this context. If you post the question clearly, I may be able to help.

I really find your explanation clear and helpful, wish I found this earlier.
However, I have two questions bothering me.
1) are EV, PV, AC only useful while the project is ongoing? Or can they still be used to analyse a project at final completion.
2) at the end, will overall PV always equal to the total budget?

Thanks for your feedback. Glad to know that you found the explanation useful.

Those are great questions especially the first one.